LINK: Birth of king cobras in captivity at our center in Faunia, Madrid

Our group also collaborates in the preservation of various endangered species,
many of them within the C.I.T.E.S. 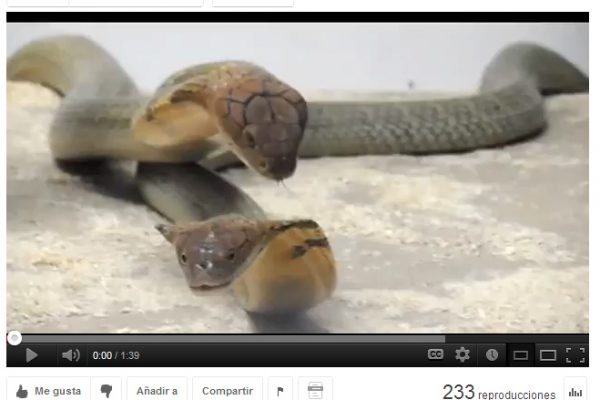 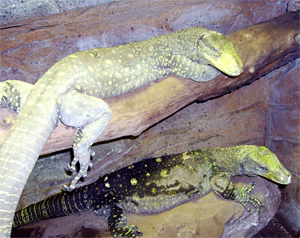 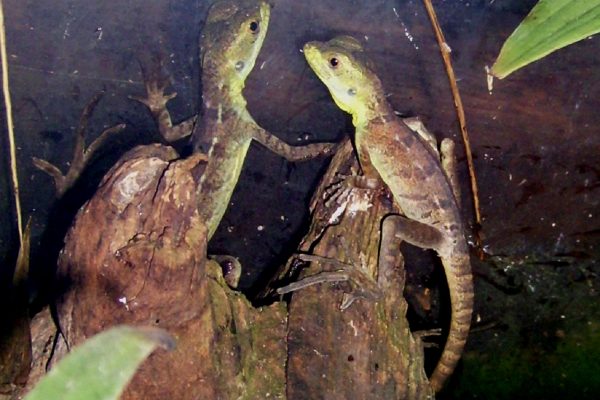 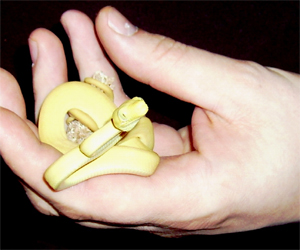 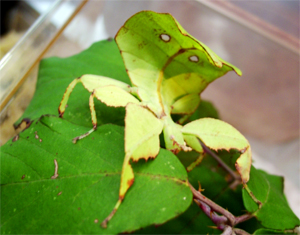 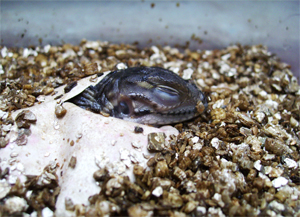 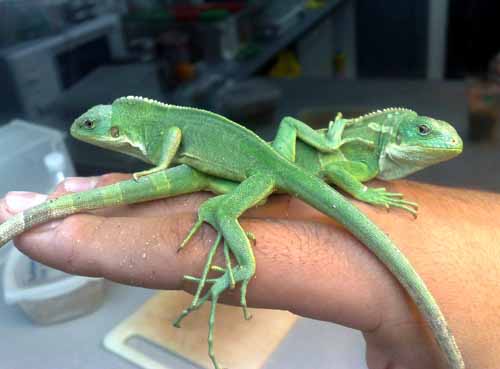 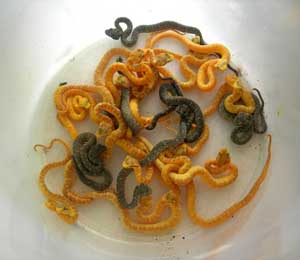 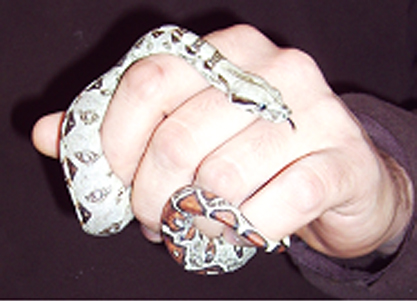 Varanus salvadorii and Varanus prasinus, Crocodile Monitor and Emerald Monitor
These monitor lizard species are rare in captivity, so much so that their reproduction is very complicated. In 2010 we have achieved its reproduction in our Mysterious Nature facilities at the Madrid Zoo Aquarium.

Cyclura cornuta, Rhinoceros Iguana
This saurian is included in the CITES 1A protection program. Its captive breeding is very complicated, so much so that in Europe it has been able to reproduce very rarely.

Basiliscus plumifrons, Double-crested Basilisk
Known as the Jesus Christ lizard for walking on top of water. Originally from Central America, the captive reproduction of this lizard is frequent due to its great adaptation to the terrarium. In 2008, our group established in the facilities of the Madrid Zoo Aquarium, we got 18 pups.

Boa constrictor, Boa Constrictora This kind of boido is very common among fans of terrarofilia, in 2008 we got 27 offspring of our breeding pair already settled for 10 years in our facilities. It is the largest boa species in the world, reaching sexual maturity after 5 years of age.

Bothriechis schlegelii, Eyelash Rattlesnake
In our facilities the breeding of this eyelash rattlesnake is common, we have an average of about 15 offspring per year, from our group of players, obtaining offspring of various colors such as green, brown, pink, yellow …

Brachylophus fasciatus, Fiji Islands Iguana
Endemic species of the Fiji Islands, protected by the CITES agreement and 1A protection, its reproduction in captivity is only carried out in very few European centers, likewise we have obtained offspring in the last four years, from several reproducers that we keep in our facilities. .

Corallus hortulanus, Garden Boa
For the first time we managed to breed this species of boido, very common in Central and South America. The color of the young can vary from brown to yellow, going through reddish and orange tones.